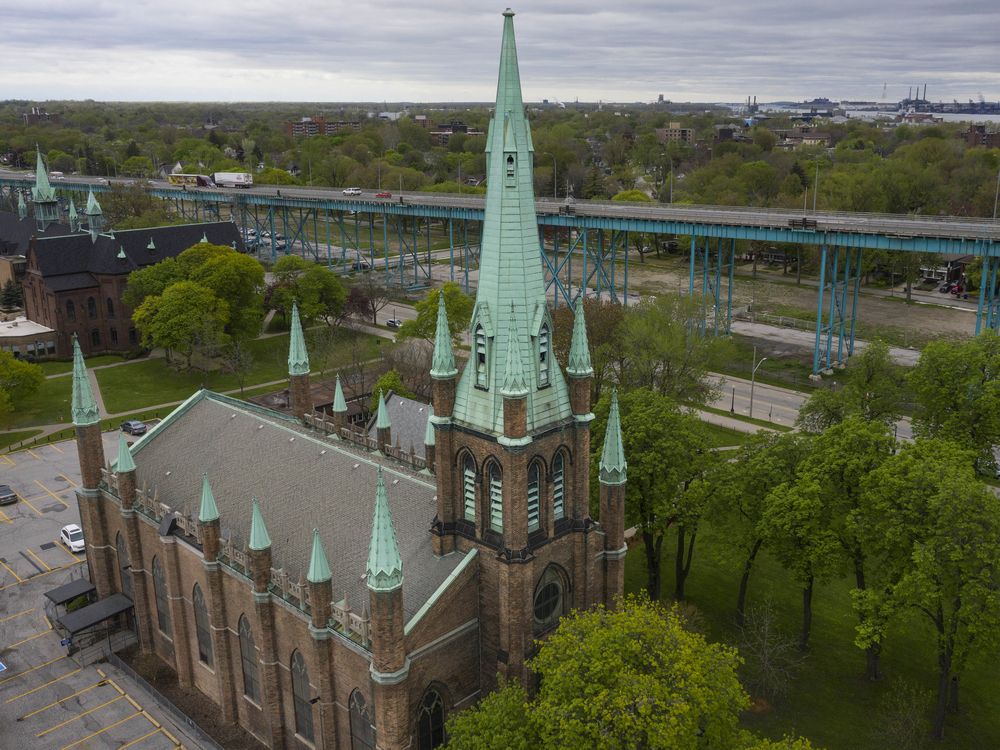 Local architects contribute to effort to save Assumption Church


Details:
New life continues to return to historic 174-year-old Assumption Church, and final preparations were underway Friday for this weekend’s return of Sunday mass. Members of the Windsor Region Society of Architects toured the church early that day and later announced how, both individually and as a group, they have purchased over a dozen copper roof shingles at $250 each to aid the ongoing fundraising campaign to restore the church. “Assumption Church is a significant cultural element in our city,” said Settimo Vilardi, a local architect and chairman of the group. “As a piece of architecture, it is significant for a lot of reasons, but especially for its history in our community and Canada. It is a big part of the start of our city.” Seeing Assumption Church saved is “incredibly important” to area architects, Vilardi said. “Without these structures for students to look at, for other architects to be inspired by, other architecture can’t be created. “We can’t design new buildings in vacuums,” he said. “We need structures like this to inspire us to do better and more significant work for our community.” Assumption Church at the corner of University Avenue and Huron Church Road first opened in 1845, but has remained shuttered since November 2014 due to its deteriorating condition. The parish shifted weekend mass a dozen blocks away to Holy Name of Mary Church. It has been a struggle since the closure to raise required funds to restore the historic structure. Estimates have placed the cost of full repairs at $14.5 million, but with a 20-per-cent contingency allowance, taxes and specialist fees, the total needed is estimated at closer to $20 million. To date, about $2.8 million has been raised — enough to launch a critical $1.6-million first phase of repairs that included a new copper roof with a 100-year lifespan, plus asbestos removal and a new heating system. That work will be done by October. Completed work on the first phase of restoration has been enough for parish leaders and Diocese of London to declare that the weekend mass will return to Assumption Church starting this Sunday, with an 11 a.m. mass led by Bishop Ronald Fabbro. From noon until 2:30 p.m., there will also be a barbecue celebration on the church grounds. Holy Name of Mary will no longer host mass but remain open for community outreach programs and special occasions such as weddings. Fabio Costante, city councillor for neighbourhoods on the west end, was among the group visiting Assumption Church on Friday, and he called the ongoing restoration efforts a “mini-miracle” given that the holding of mass resumes this weekend. “If you asked me a few years ago if Assumption can be saved, I would have had little hope based on what was happening at the time,” said Costante, a member of the church’s parish. “This church is so important to Sandwich’s history, but also to the whole region’s history,” he said. “The first settlement started in this part of town and this church was integral to the community at that time.” Vilardi noted how in many parts of the world, notably across Europe, there is “more appreciation” for the preservation of historic structures like Assumption Church. “In Canada, we tend to often lose these, but we are getting better,” he said. “This is part of why it’s so important for the community to step up and restore this significant piece of architecture.” Once work on the first phase of restoration is completed next month, the focus will shift to securing sufficient funds for the second phase which includes mural and plaster restoration of the ceiling inside the church at an estimated cost of $3.45 million. Donations can be made directly to Assumption Parish or online at assumptionparish.ca.